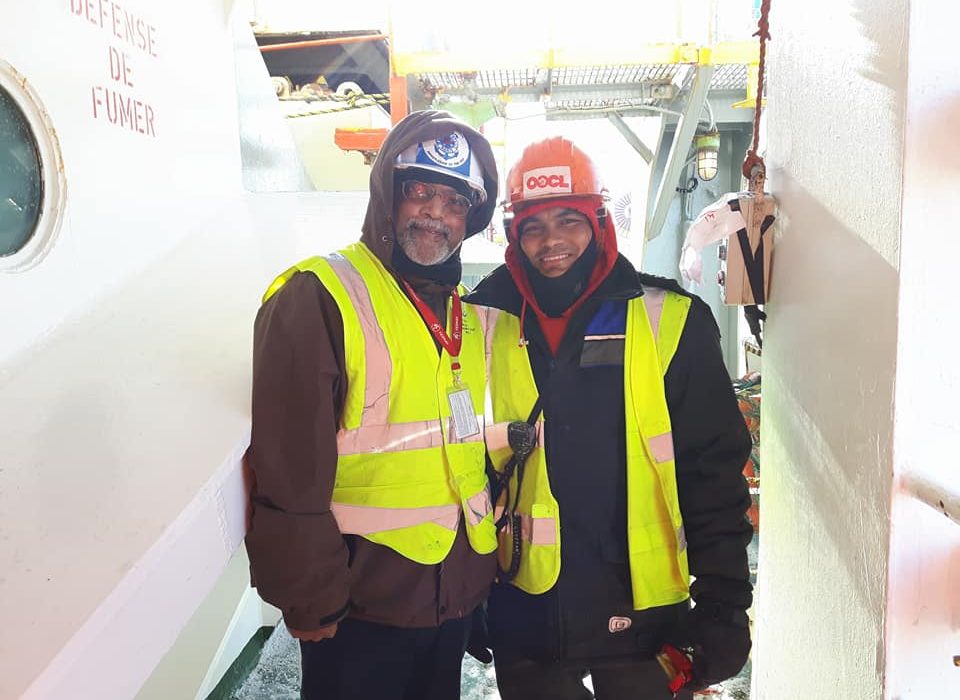 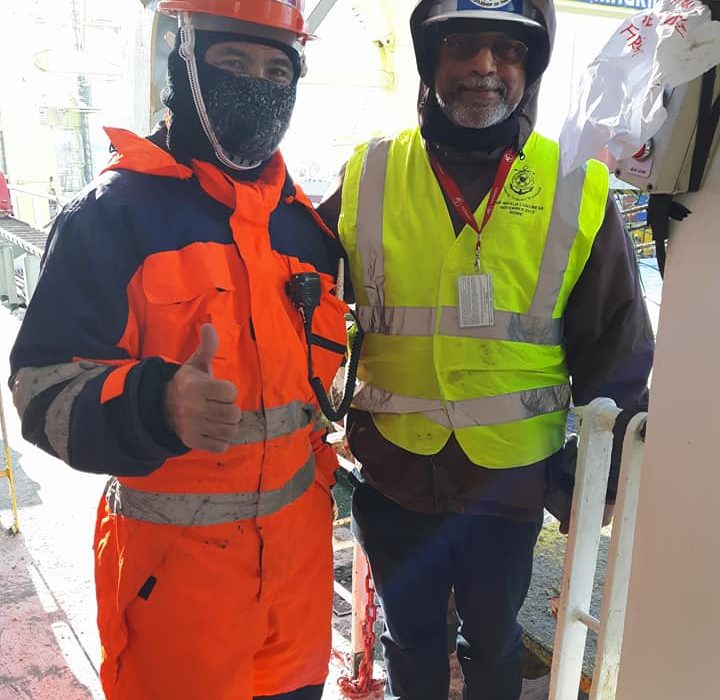 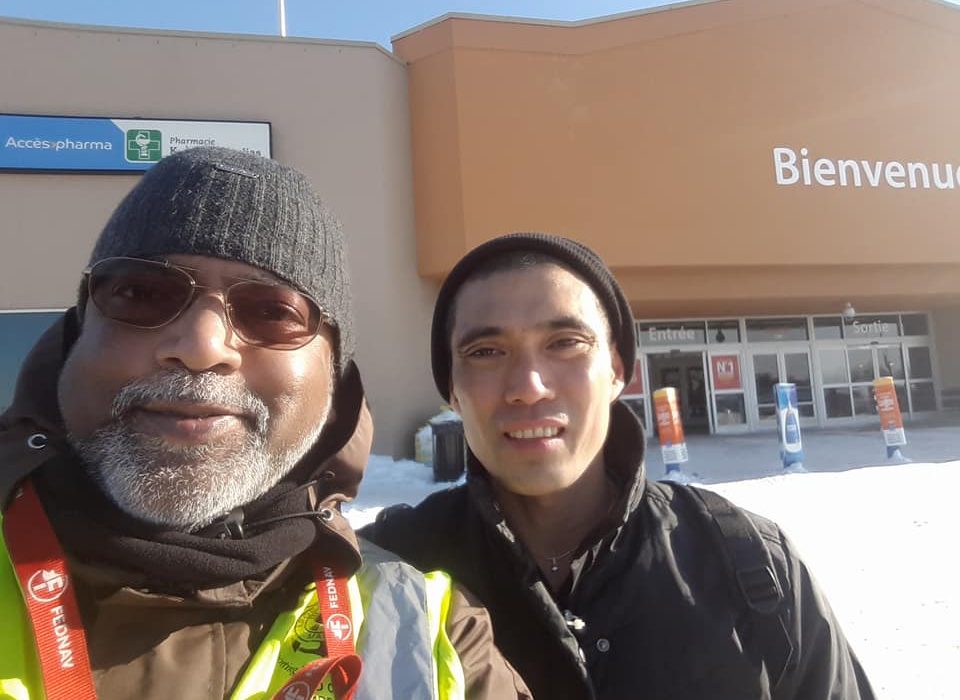 In Montreal, Fr Andrew Thavam, port chaplain and AoS Canada national director went on board OOCL Belgium. It was freezing cold but the crew were very welcoming. The chief cook invited Fr Andrew to have lunch.

During lunch Fr Andrew met a young British cadet on his first voyage. Fr Andrew told him about the AoS’ work and the seafarer was happy to know about the services AoS provides.

Later he met Jonothan, a Filipino seafarer who had known Fr Andrew from 2003. Jonothan asked Fr Andrew if he could drive him to the nearest Wal-Mart as he wanted to buy chocolates for his children before signing off. They did just that, despite the icy conditions, and had a very interesting conversation about why Catholic priests are unmarried. Jonothan recalled that he had participated in a Mass celebrated on board his ship previously.

Jonothan remarked, “Now I know the reason, it makes attending that Mass all the more meaningful.”