You are here >>
Home / Uncategorized / Vancouver: shock as celebration turns to tragedy 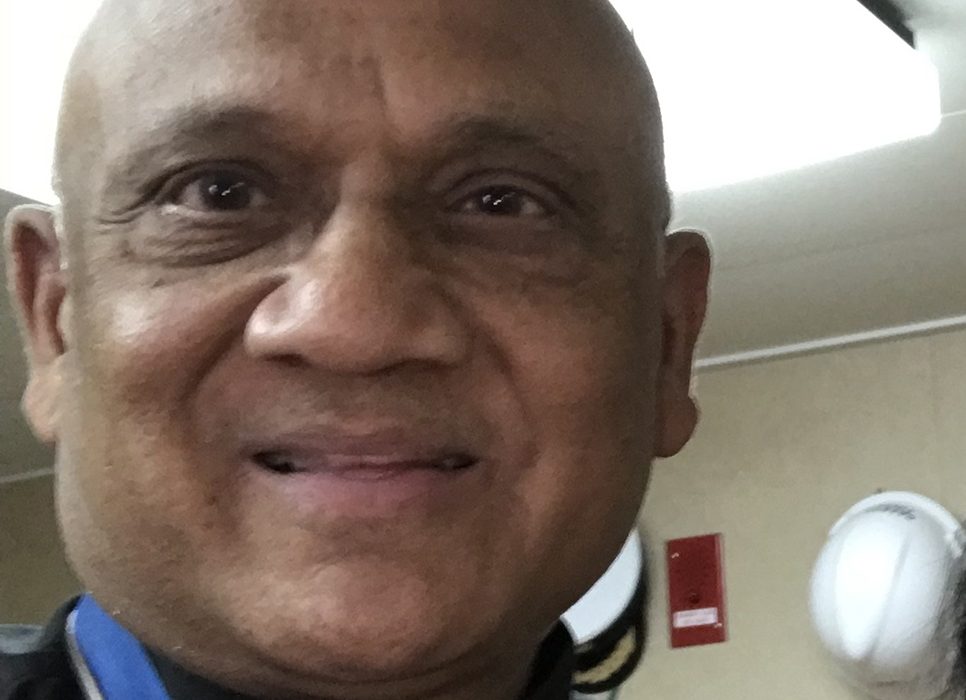 AoS Vancouver chaplain Deacon Dileep Athaide told us of his shock after a ship he had visited in late January suffered a serious fire that left it disabled. The incident occurred just two days after his visit where he met the crew and blessed the ship’s captain and his wife who were celebrating their 40th wedding anniversary. Several of the crew he had met were injured and two had serious burns and were airlifted to hospital.

Deacon Dileep had met the crew of the container ship two days before it suffered a fire in the engine room on Feb 1 off the coast of British Columbia, Canada, while the ship was en route from Vancouver to Tokyo, Japan. The ship is now understood to be disabled and awaiting tugs to tow it to port.

According to media reports 5 crew were injured, with 2 of them airlifted by helicopter with serious burns to hospital.

“This was a ship visit I won’t forget. On Monday 29th January I routinely boarded the container-ship at Deltaport, and was surprised to be told by the Captain and his wife who was sailing with him that it was their 40th wedding anniversary. I gave them a special blessing to mark the happy occasion.”

He added that “This incident highlights that, despite all the modern technology on ships, being a seafarer can be a very dangerous job. I am now especially praying for the full recovery of the injured crew members.”

Dileep himself makes more than 300 ship visits per year in the port of Vancouver, assisting seafarers with practical information, support and a listening ear. In 2017 seafarers’ charity Apostleship of the Sea visited more than 70,000 ships in over 300 ports around the world.