You are here >>
Home / Uncategorized / Vancouver seminarians reach out to seafarers 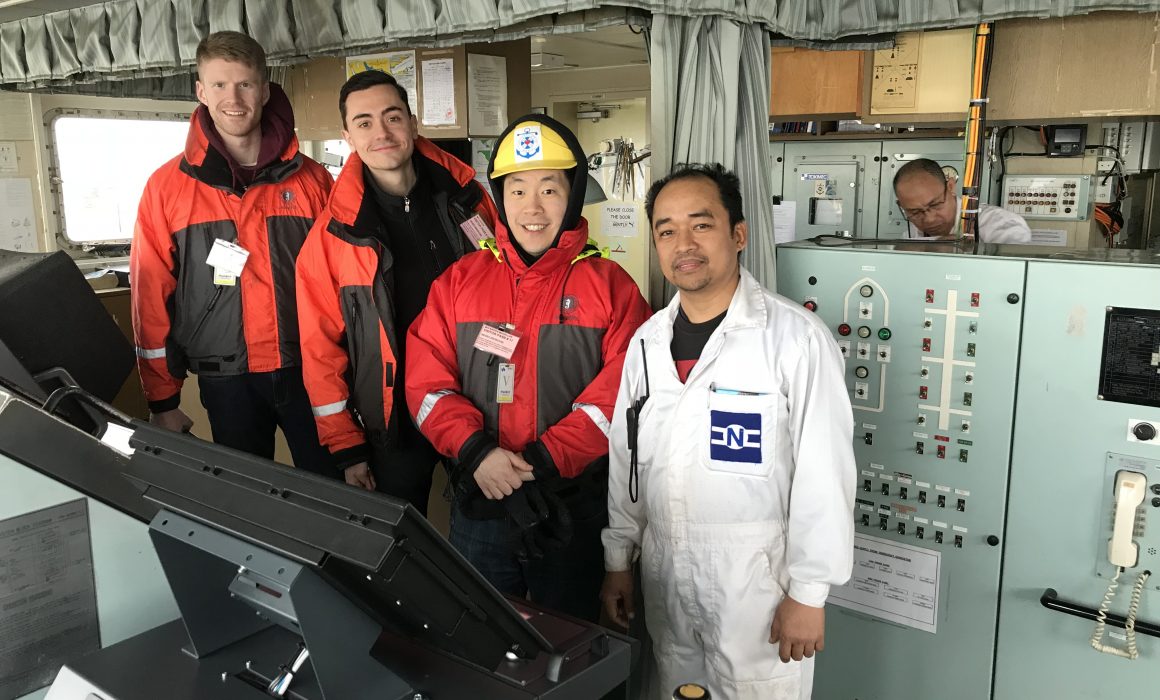 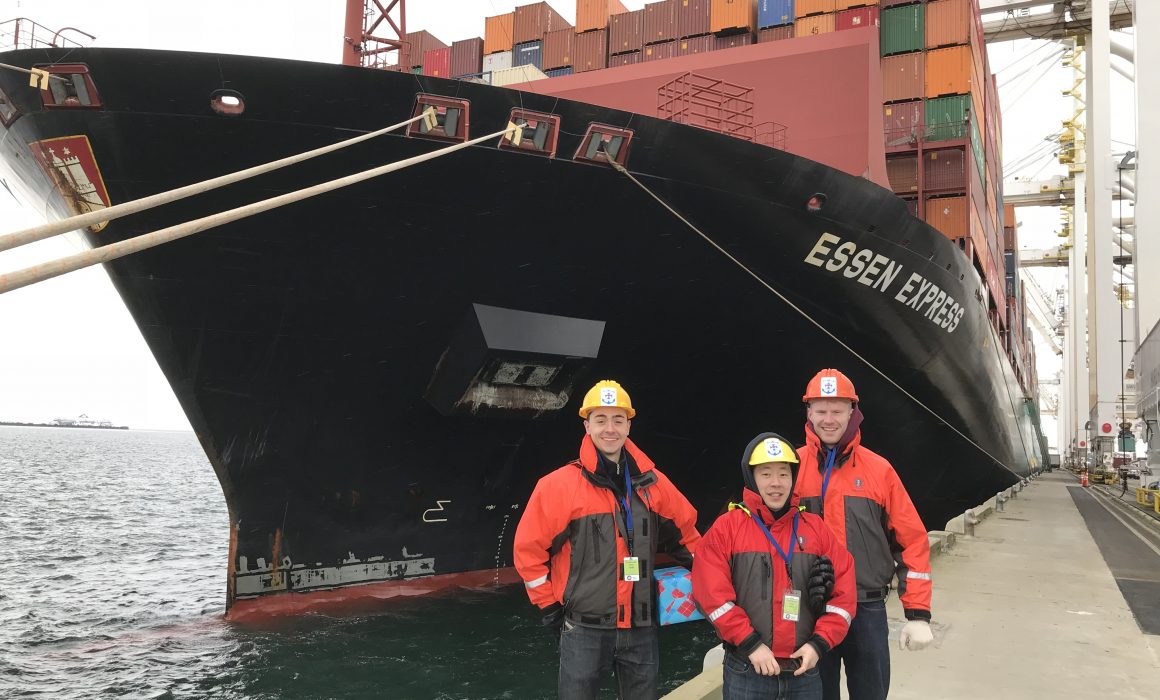 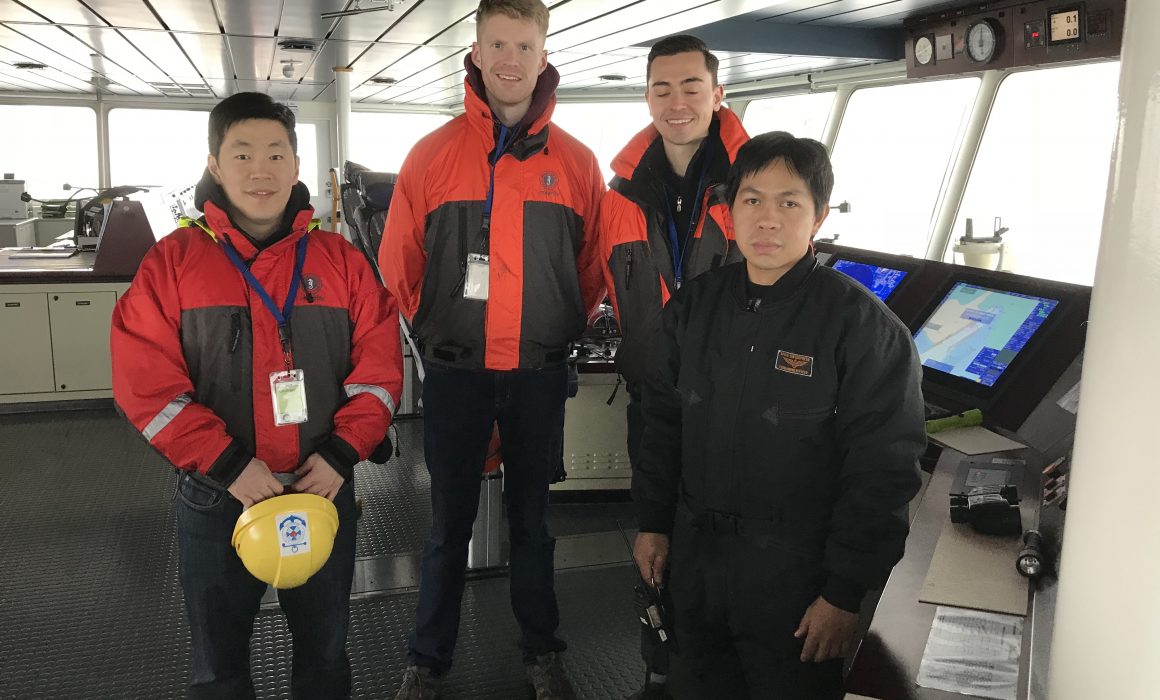 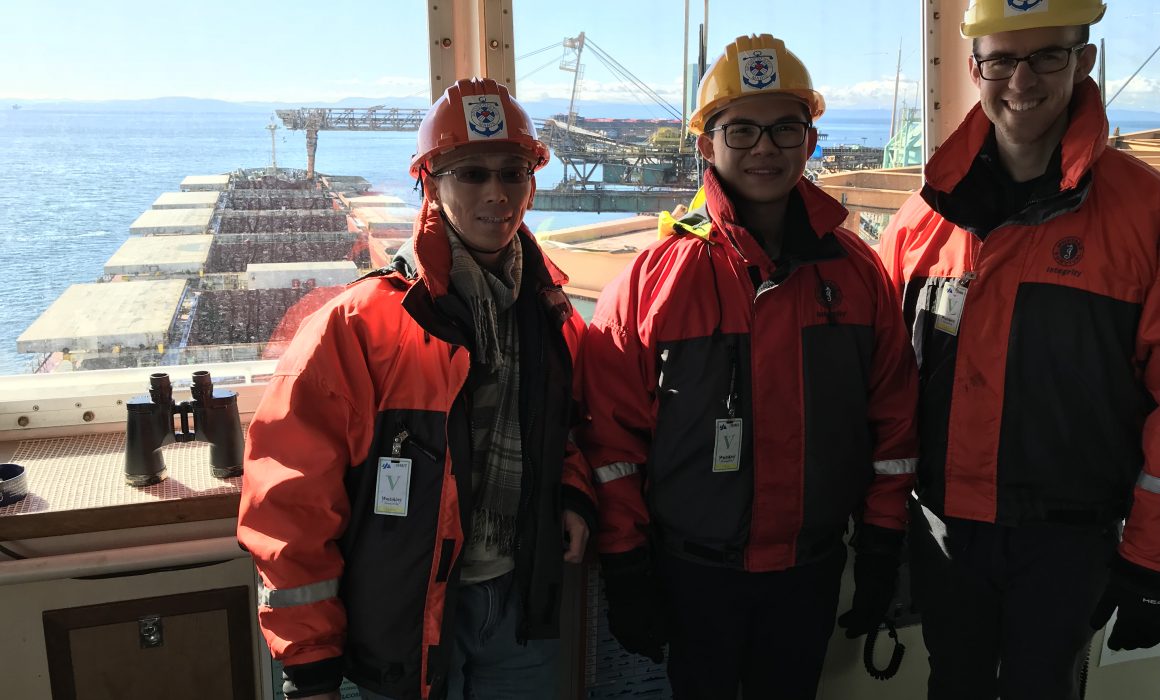 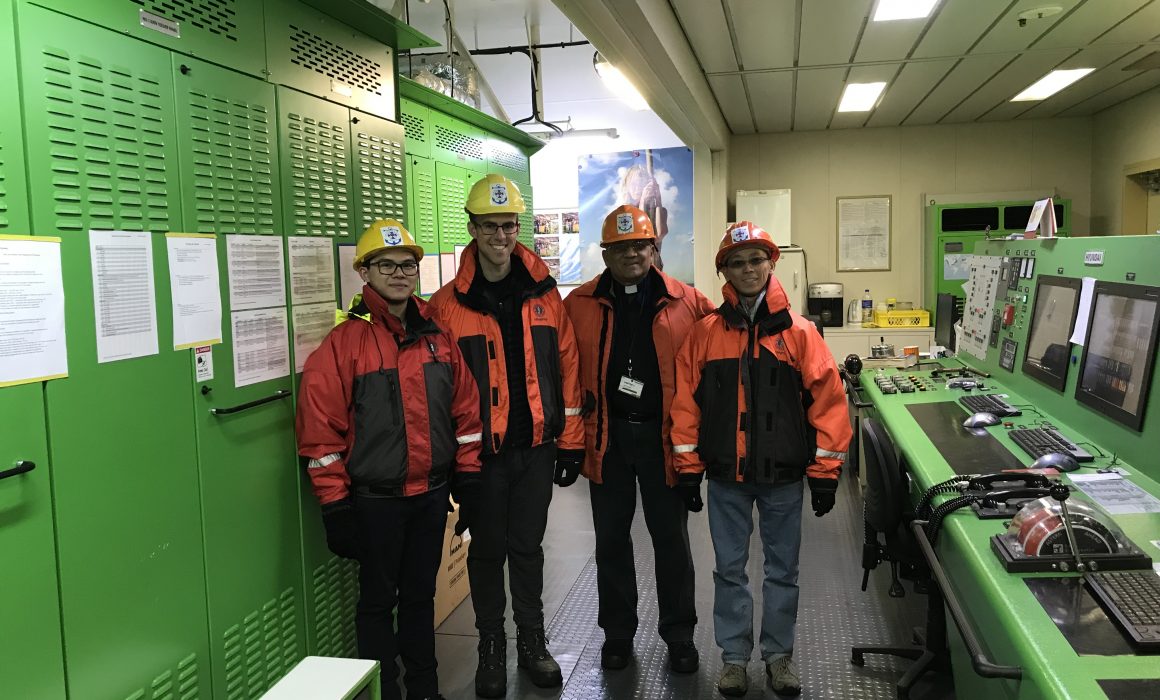 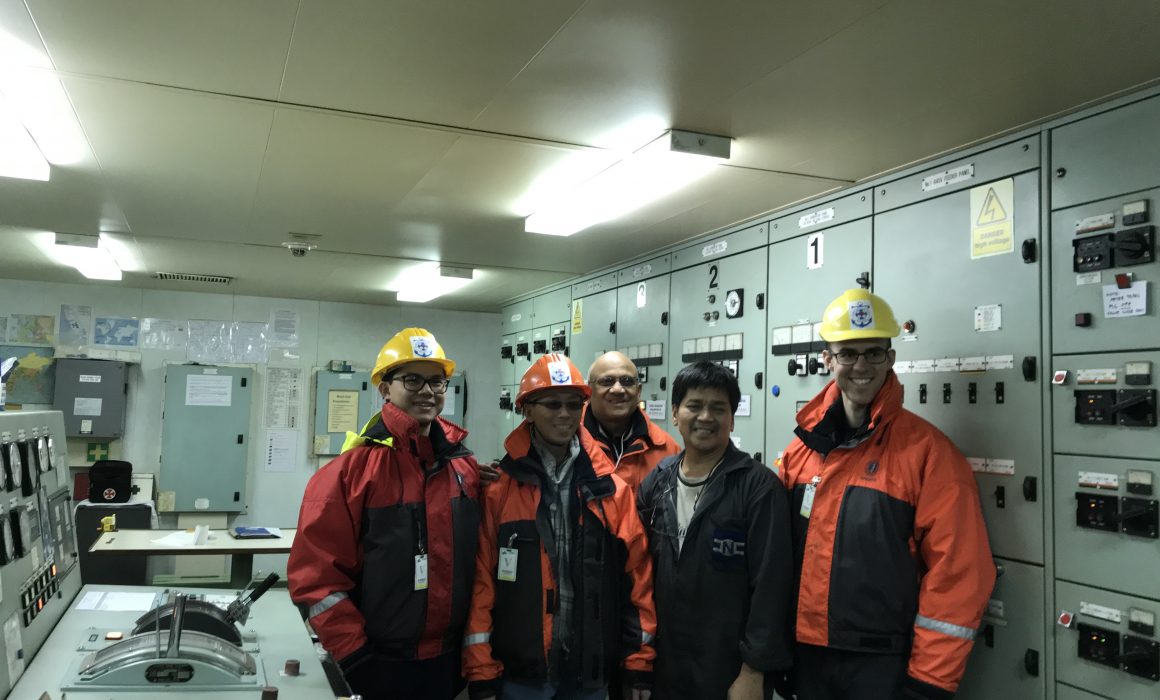 “Jesus frequently went out on the waters with his disciples. I look forward to following Him in service to the seafarers who sail the high seas today”.

This was one of several comments by seminarians from the Archdiocese of Vancouver who visited Canada’s largest sea port as part of their pastoral experience to learn about the Catholic Church’s maritime ministry.

The six senior seminarians were taken on a port visit in Roberts Bank in Delta in two separate groups in late February in which they discovered first-hand the lives of seafarers who work on board ships carrying goods to and from ports around the world.

They went on board two ships – Essen Express, a container vessel and Navios Magellan, a bulk carrier carrying coal.

The visit was arranged by Apostleship of the Sea Vancouver Port Chaplain Deacon Dileep Athaide who proposed the idea to Archdiocese Vocations Director Fr. Rodney Nootebos.

Deacon Athaide visits ships that arrive in Vancouver port and boards them to offer spiritual and practical support to seafarers. This includes blessing the crew and giving prayer books and rosaries to Catholic seafarers.

“The seminarians were thrilled with their “field-trip” (as they called it) and were astonished by the size of the cargo vessels. They learnt much about the life and concerns of seafarers from their short conversations with them,” said Deacon Athaide.

“We were given extensive tours of the bridge and engine rooms, galleys and messes, and even treated to a hearty lunch on board.”

He added, “The men really appreciated the hospitality shown them on their tour of the ships and the interaction with the seafarers”.

“A few told me that they look forward to the possibility of serving as priest-Chaplains someday.”

Deacon Athaide said, “Seafarers often work in the periphery of society and not many people know about what they do, so port chaplaincy is a powerful example of the Church reaching out to those on the margins.”