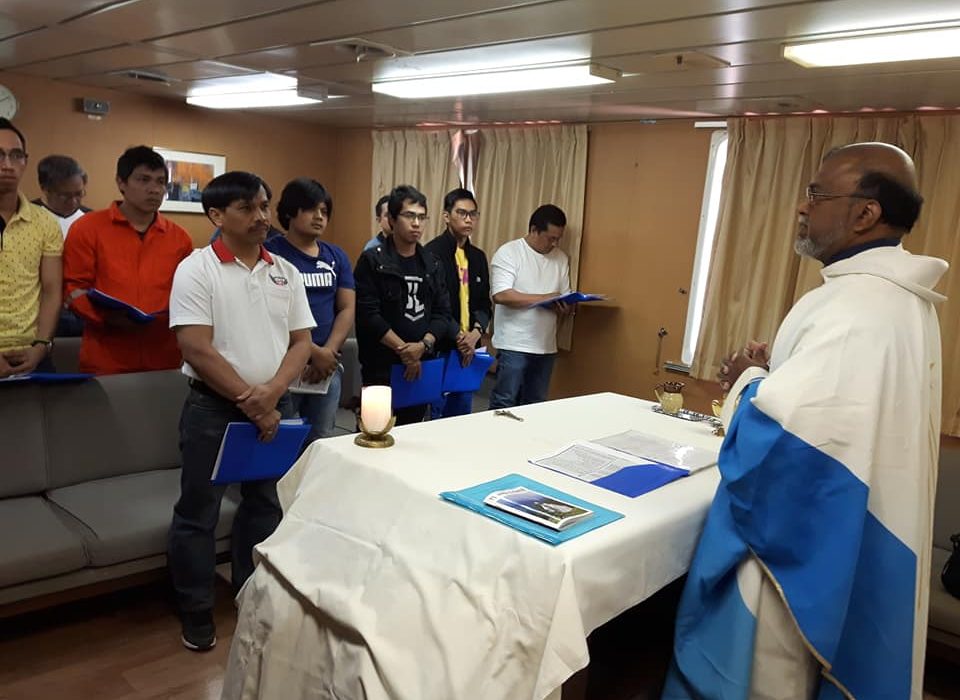 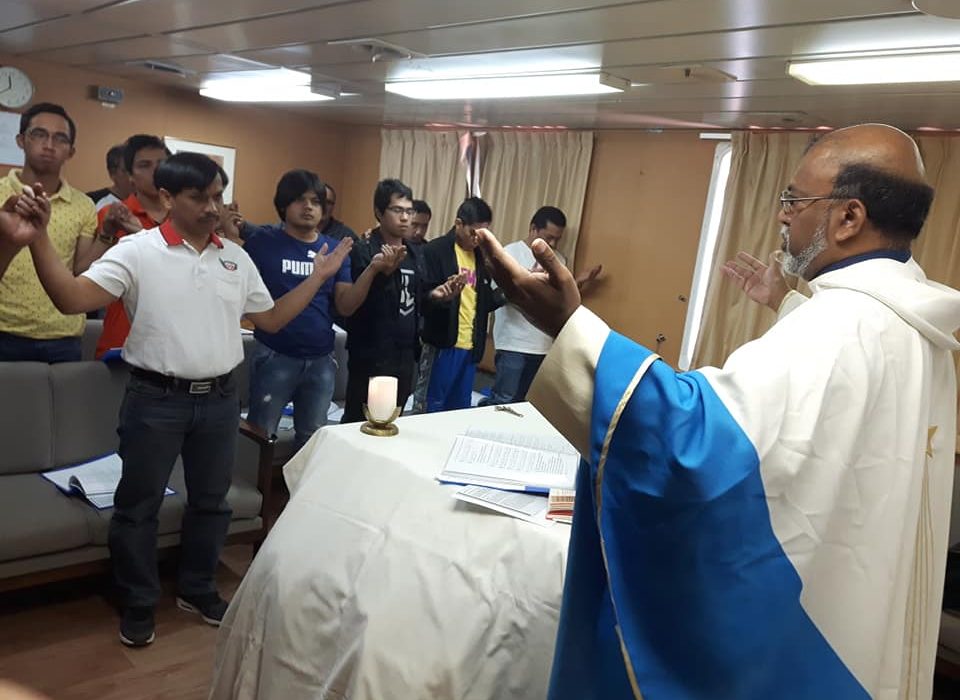 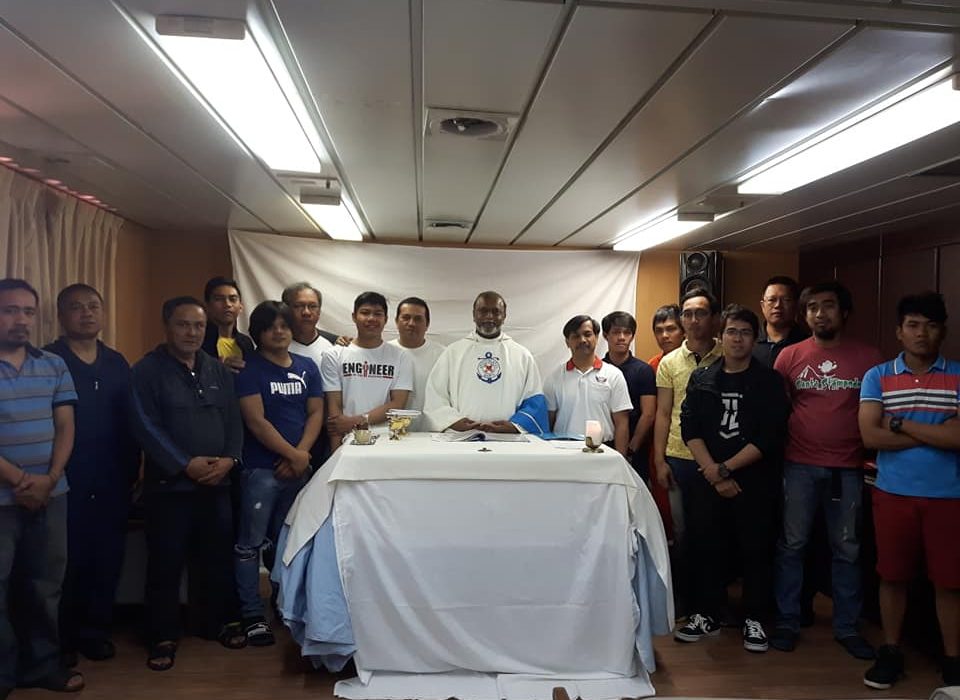 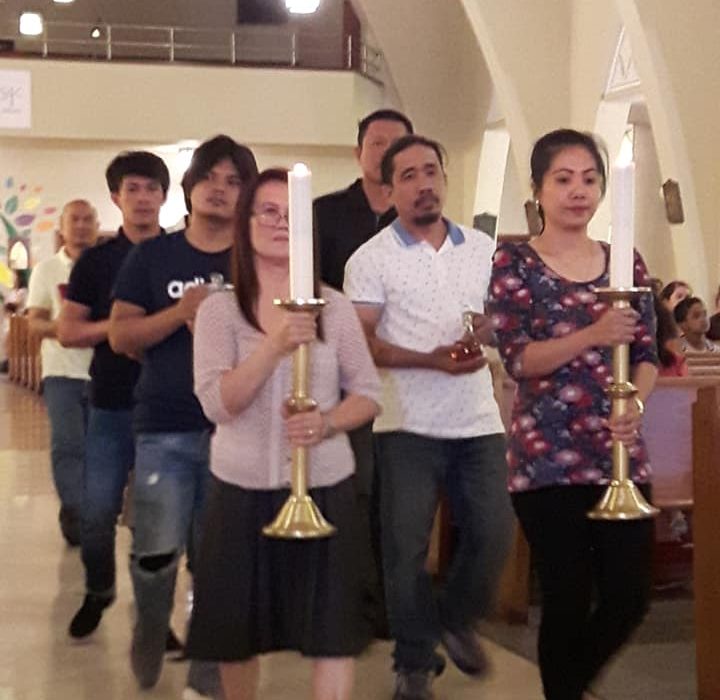 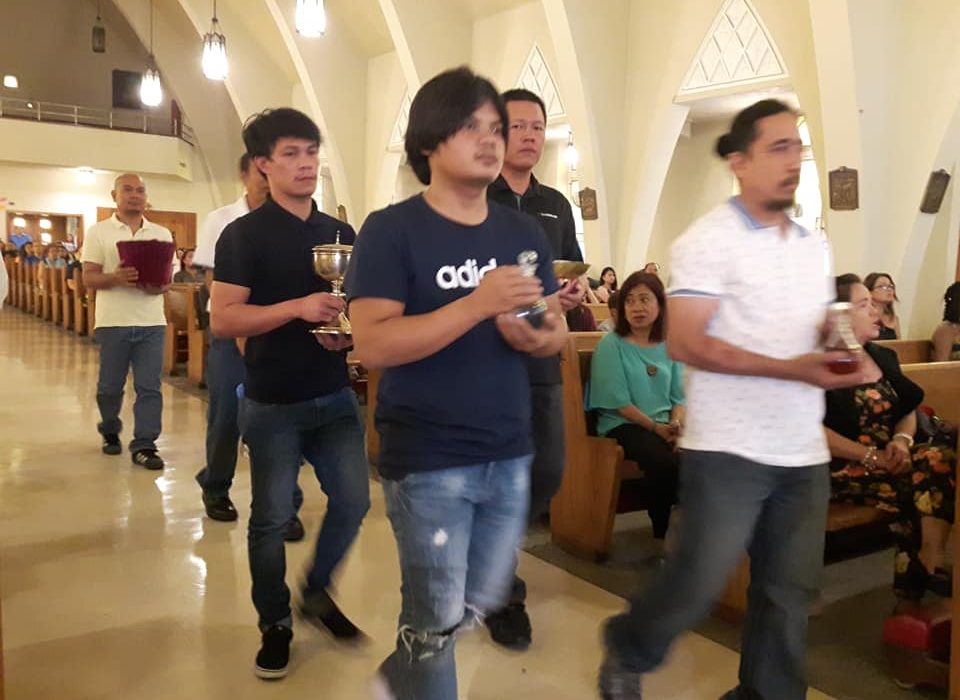 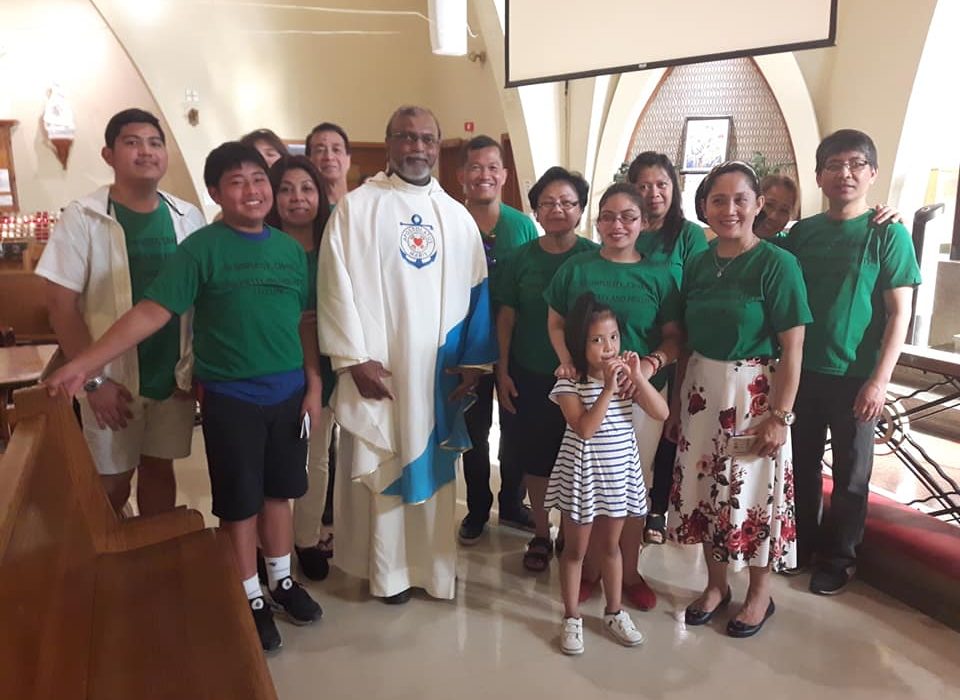 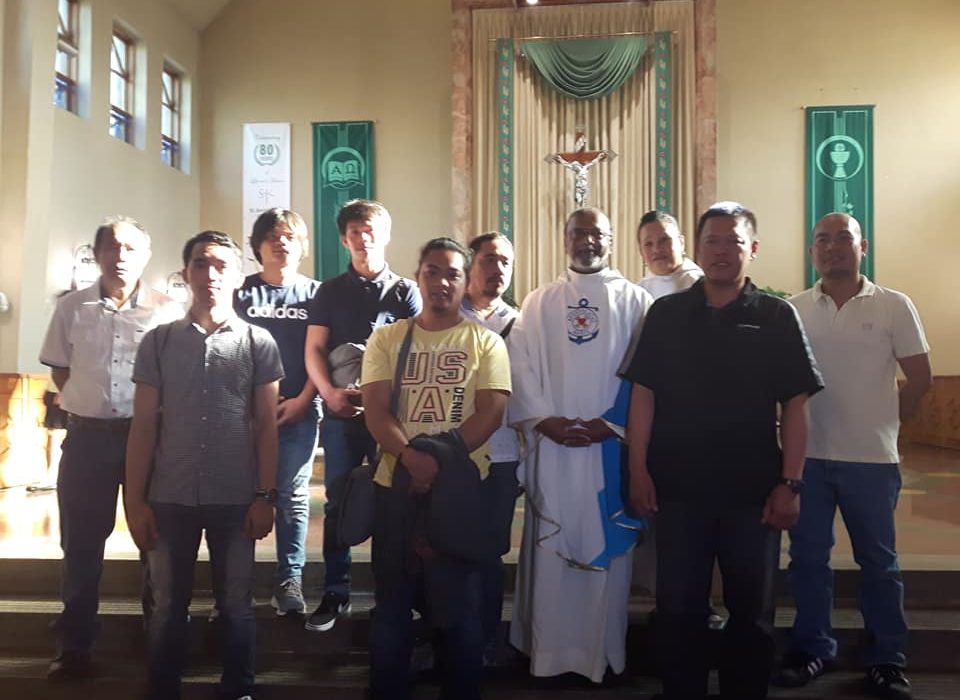 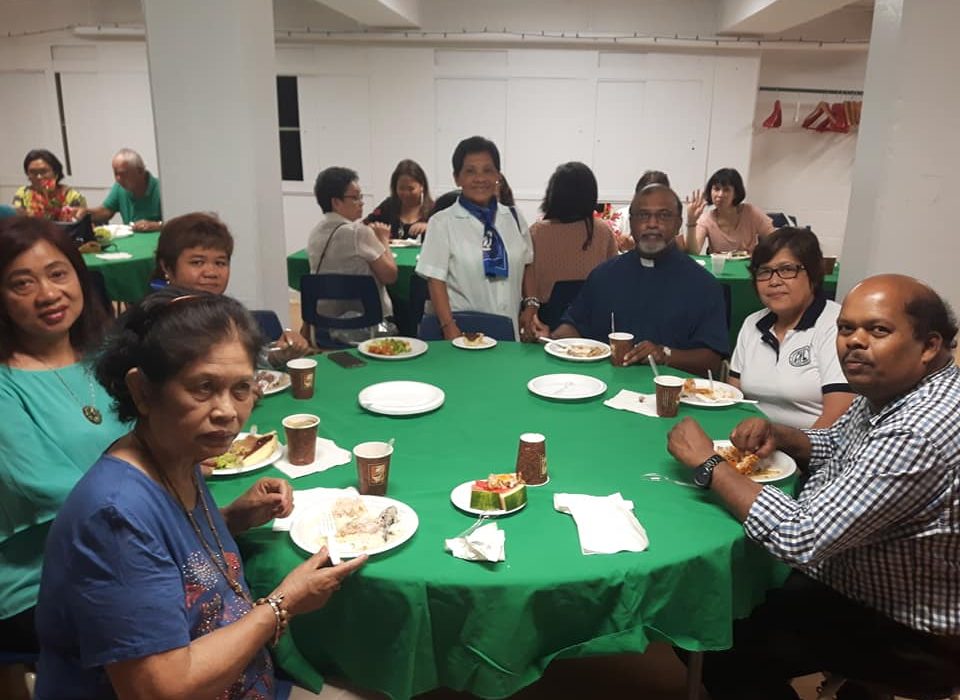 The first was on board the ship ship CSL VIRGINIA. An all Filipino crew. Fr Andrew was welcomed by the men.

He had visited them the day before and briefed them about the Sea Sunday program so they were well prepared and looked forward to Mass.

Fr Andrew’s second Mass was at St.Kevin’s parish. Seven seafarers from the ship and a Canadian seafarer who celebrated his silver wedding anniversary were the special guests at the Mass.

They were welcomed by members of the Catholic Women’s League and Couples for Christ. The seafarers participated in the entrance and offertory procession.

After Mass the CWL members organised a dinner for the seafarers and gave out some gifts.