You are here >>
Home / Uncategorized / Ship crew supported in Montreal 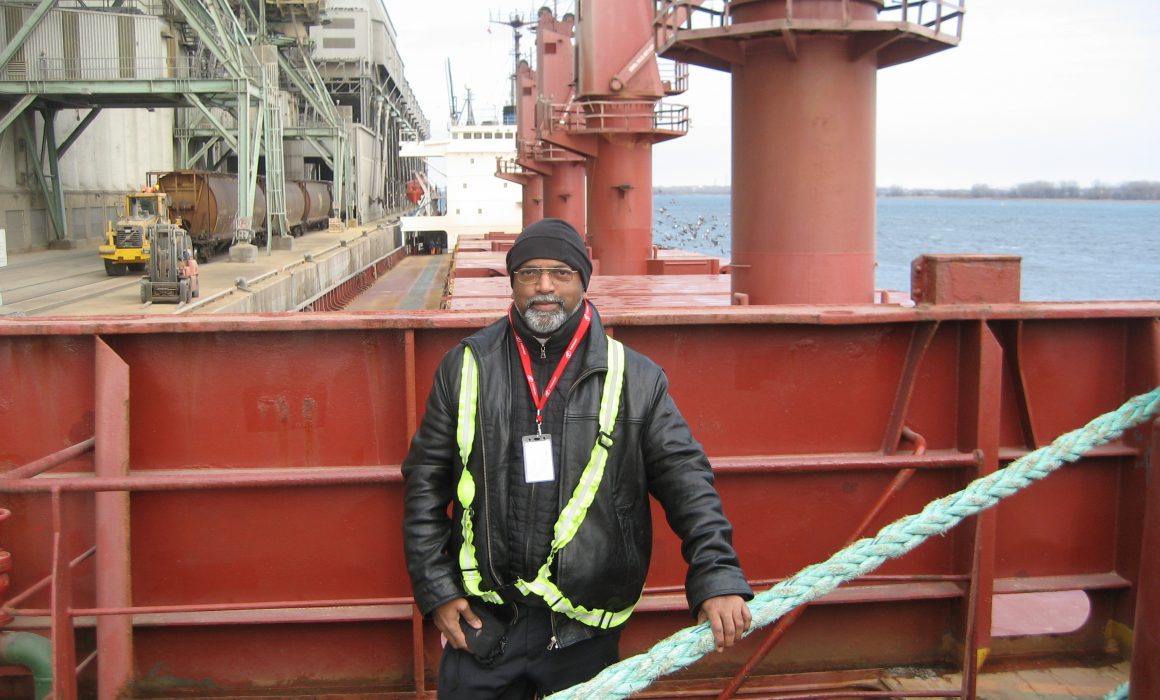 Fr Andrew Thavam, the Montreal chaplain from seafarers’ charity Stella Maris (Apostleship of the Sea) has spoken about the grief felt by the family and crew mates of a Sri Lankan seafarer who fell overboard in the Saint Lawrence River.

Fr Andrew was one of the first people to meet the Maersk Patras crew when the containership berthed at the port the day after the incident on May 19.

Fr Andrew (pictured below) said the crew were still in a state of shock when he went on board, so he provided support and stayed with them while the authorities conducted enquiries. The ship’s agent and other officials were also present.

“On their second day in port, I took the crew to the seafarers centre as the men said they were tired from all the enquiries and wanted to get away from the ship. We spoke about the distressing situations they had been through, and I also offered counselling. They were visibly more relaxed and in better spirits when they returned to the vessel,” said Fr Andrew, who continued to support and visit the crew during their stay at port.

Sri Lankan-born Fr Andrew also spoke to the family of the missing seafarer in Sri Lanka. “Naturally they were devastated. I did my best to console them. They asked for my prayers in the slim chance he would still be alive.

“What was more heart-breaking is that the seafarer had boarded the ship only ten days before the incident and celebrated his 29th birthday just two days before the unfortunate event,”said Fr Andrew.

“It is with regret we have received the news that the search and rescue operation was unsuccessful, and we must conclude that we have lost our colleague. It is a tragic situation for the family and we have offered them our full support. My deepest condolences and thoughts go to them,” said Søren Toft, COO of A.P. Moller-Maersk.

Maersk says it is in contact with the seafarer’s relatives as well as the crew, who will receive crisis counselling.