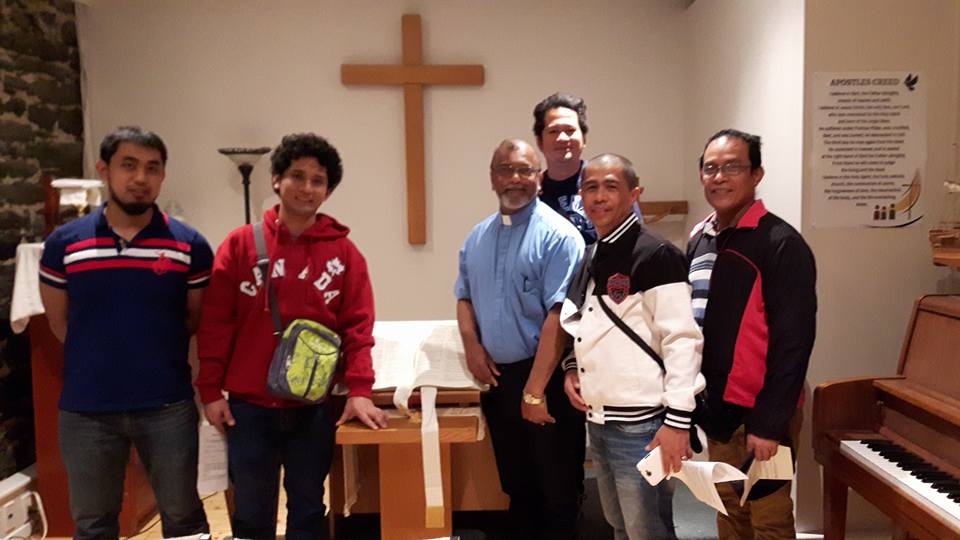 During night prayers at Mariner’s House in Montreal led by Fr Andrew, two seafarers made a prayer request.

The seafarers were from the ships MSC Eleni and Hafnia Kirsten.

There is a prayer box in the chapel where seafarers can put in their prayer requests.