You are here >>
Home / Uncategorized / Home away from home 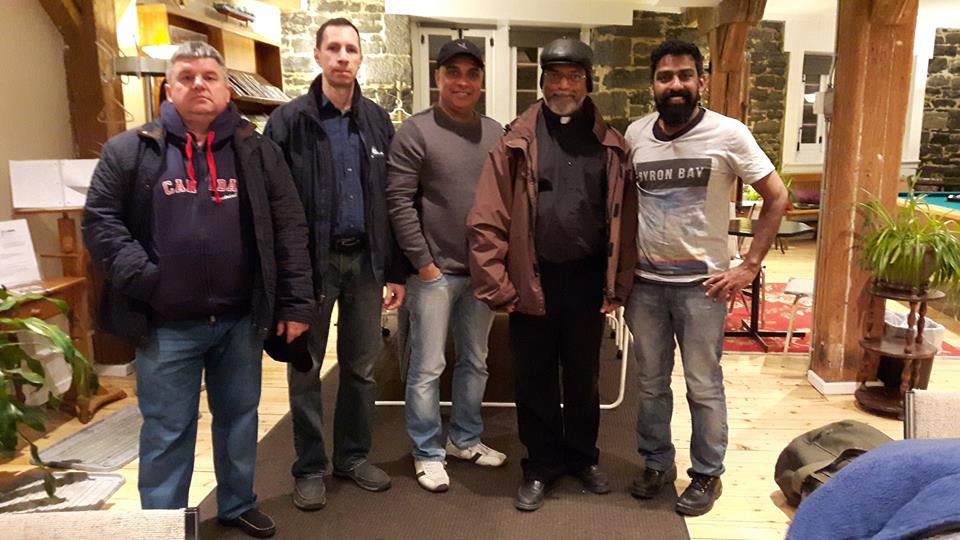 AoS Montreal port chaplain and Canada National Coordinator Fr Andrew writes;
This evening when I had served at the Mariner’s house of Montreal for my night duty, I had seen very cordial conversations and a feeling of ‘home away from home’ among the seafarers who had come over to Mariner’s House.

There were Indian seafarers from MONTREAL EXPRESS and DETROIT EXPRESS. and Filipino Seafarers from ANTIGUA and INDUSTRIAL RUBY.

We also had two Canadians from a Canadian ship ARCTIC. Since there were no volunteers this evening and only one driver was available for pick up, I had helped.

But when I went to pick up two seafarers from INDUSTRIAL RUBY while getting into the van the Filipino seafarer said to the other Russian seafarer, “We are fortunate to be picked up by Fr. Andrew” and added, “We had a nice Mass at Mariners House last Sunday.”

At Mariner’s House the Russian seafarer met another Russian seafarer, who had another seafarer friend, a Sikh, originally from Mumbai but now a Canadian working on Canadian ships for Anglo Eastern Fednav Company.

When he learned that I am a Sri Lankan Catholic priest, he said there are two Sri Lankans working on board his ship.

He saw another seafarer from Mumbai and started a conversation with him in Hindi.

The Filipino seafarers were also chatting in Tagalog to Mei Mendoza (one of the center’s employees from the Philippines). One of them was from Cebu, which is also Mei’s hometown.

There was a very cordial atmosphere and despite coming from all over the world we had found a space where we could all be in each other’s company and get along.

A ‘home away from home’ was really present and when I invited them for a short prayer before leaving, even Hindus asked whether they could join in and pray together.