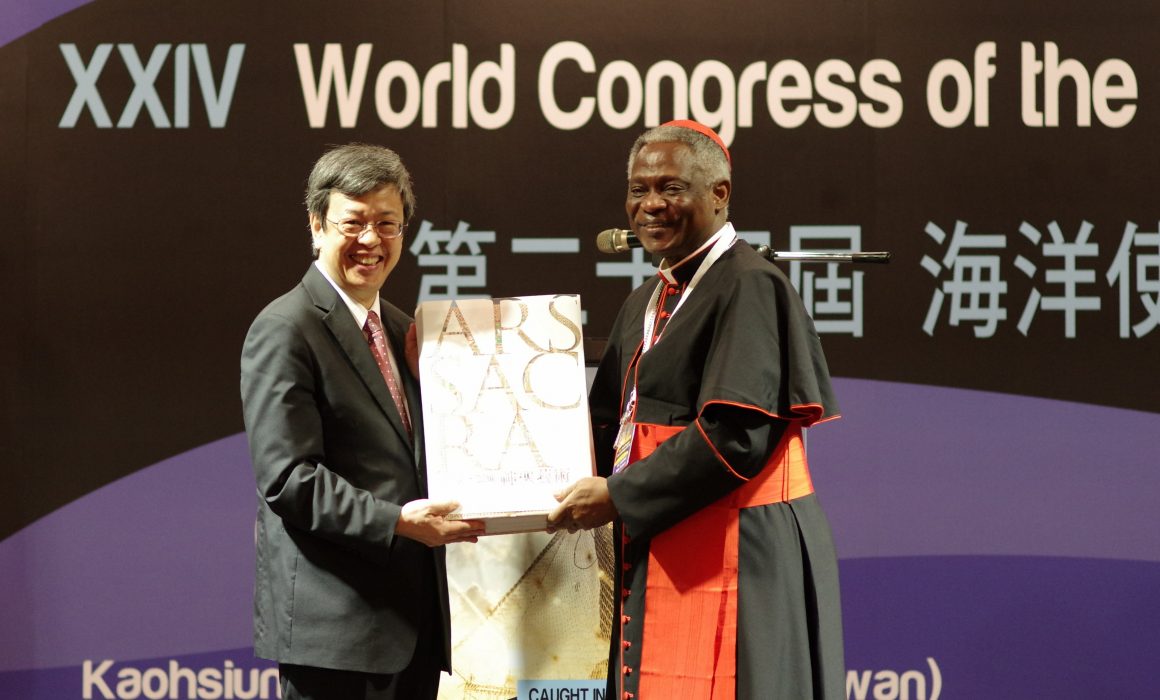 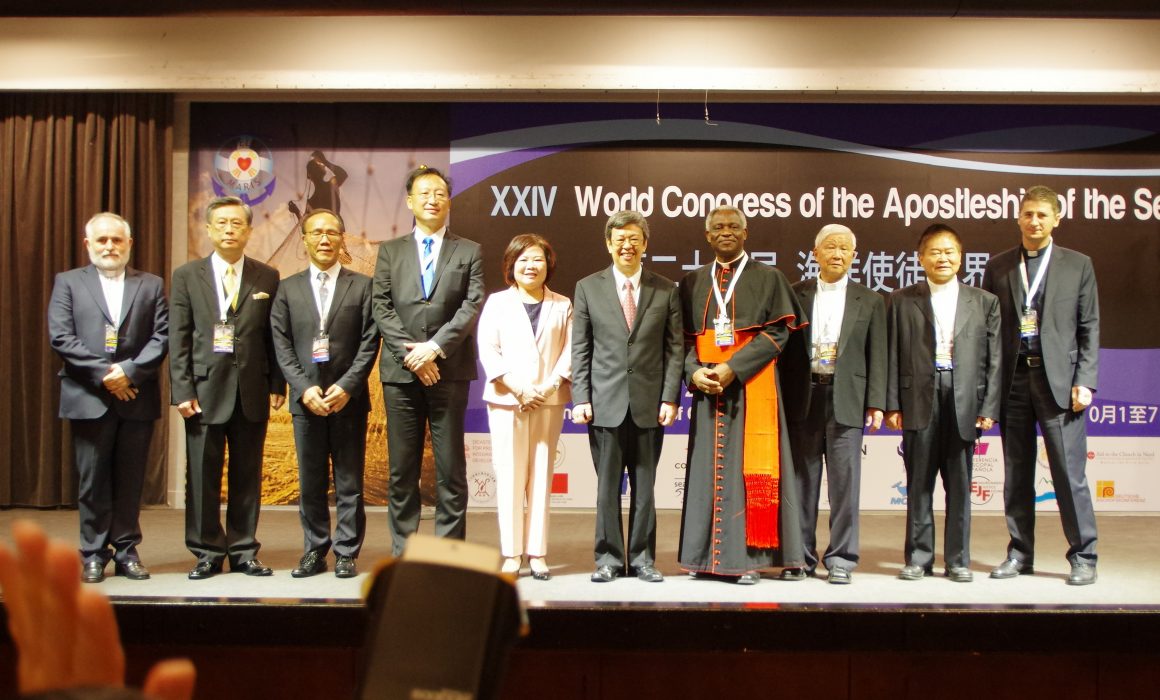 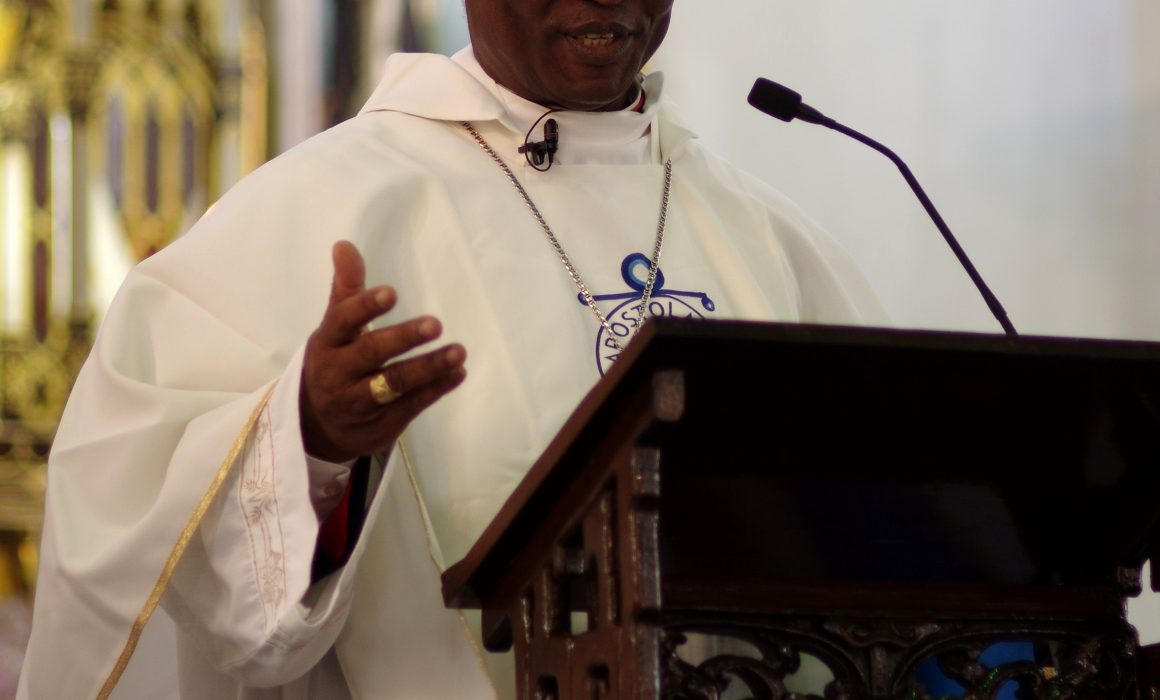 On the first day of the 24th World Congress of Catholic maritime charity, Apostleship of the Sea (AoS), the continuing value of its support for seafarers and fishermen was affirmed.

Pope Francis in his message to the Congress urged delegates to be the ‘Church that harbours the mystery of God that can attract people to him’.

Opening the Congress, the Vice President of the Republic of China (Taiwan), H.E. Chen Chien-jen said that the government of Taiwan appreciates the work of AoS, particularly that seafarers and fishermen are sometimes recruited from developing countries that do not have means to protect their rights.

In his opening address, Cardinal Peter Turkson, Prefect of the Dicastery for Promoting Integral Human Development at the Vatican, noted that 38 million people were engaged in fisheries, 90% of whom were working in small scale fisheries, largely located in Asia and Africa.

Flags of convenience still make identifying ownership difficult, said the Cardinal. Abuses are still present including cases in the fishing industry of forced labour and human trafficking. Exacerbating the problem is the practice of some fishing vessels being at sea for months or years, making it difficult for fishermen to report abuses.

Cardinal Turkson told the more than 250 delegates that their travelling to Kaohsiung provided them with an experience of being uprooted, this he said would be vital for their reflections on the lives and problems of fishermen who often lead an uprooted existence.

The work of the Congress was essential, said the Cardinal, both to better understand the lives of those who depend on the sea but also to see how they can benefit from the evangelising work of the Apostleship of the Sea.

During the opening Mass, Cardinal Turkson expressed the hope that in the AoS ministry chaplains ‘would always have the right words to assure [seafarers and fishermen] of God’s solicitude for them.’

Delegates heard from Max Schmid of the Environmental Justice Foundation of the shocking effect of illegal fishing on fishermen including those not having work contracts, fishermen not feeling free to leave the vessel, cases of sexual and violent abuse and even executions at sea. He lauded the work of AoS in ports around the world to secure justice for seafarers where fishermen had suffered abuse.

Cardinal Turkson proposed that in AoS’s future work to support fishermen that they encourage bishops of countries without AoS chaplains to establish an outreach. He also encouraged the AoS to encourage their home countries to implement the UN’s International Labour Organisation’s Work in Fishing Convention.

The Cardinal underlined the need for fishermen to have the friendship of the chaplain or volunteer, to have a place to relax away from their vessel, a place to pray and regain their spiritual strength, to be given the chance to contact their families, to rest, to unload their burdens.